‘ASHTRAY ON A MOTOR BIKE‘

‘ASHTRAY ON A MOTOR BIKE’ – The very unfinished Autobiography by Charles A. Foskett

The autobiography of Geordie musician, Charles Foskett, charts his course through the Newcastle of the 1950’s to the present day. We see the swinging sixties through the eyes of an artistic teenager as he hones his craft playing alongside such famous names as The Spencer Davis Group, The Animals, Cream, Chris Farlow and The Thunderbirds, Zoot Money’s Big Roll Band, Jimi Hendrix and many other bands of the time.

His exploits on the road during the 1970’s are hilariously detailed, a real life “Spinal Tap” existence followed by the inevitable move to London..

Charles talks candidly about his relationships, in particular his three-year involvement with the actress (in order to keep life and limb together) known in this autobiography as Madam X, giving us a very funny glimpse of how the other half lives.

As the owner of a recording studio and music production company, then record producer in the 1980’s, he details the putting together of the biggest charity project of the decade, a double album which he produced, working with all the top rock and pop names of the time.

This is a fascinating journey of someone who has experienced a thousand different lives in one lifetime. It is a tale lovingly portrayed with warmth, humour and Joie de Vivre, drawing the reader into his world and the myriad characters that inhabit it. 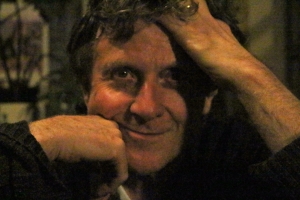